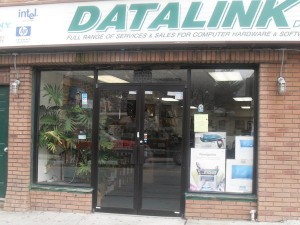 If you do not think that computer viruses can be serious, then think again. Like a virus that would infect the human body, a computer virus must be dealt with as quickly and as thoroughly as possible. The only problem is that sometimes the people you think are there to help are really there to simply take advantage of you.

Such was the case for Roger C. Davidson, a 58-year-old man out of Mount Kisco, New York. According to Davidson, he was conned out of millions of dollars after he brought his computer into a repair shop due to fears that his computer had been infected with a virus.

In August of 2004 Davidson took his computer into a computer repair shop on Main Street. Once there, Vickram Bedi, the 36-year-old owner of the shop, informed Davidson that his computer did, in fact, have a virus. However, according to Bedi, this wasn’t just any computer virus. This virus was supposedly a particularly malicious one that had infected every single computer in Bedi’s shop.

Bedi’s uncle, thankfully, was a military officer in India and set out to find the source of the virus which ended up being a hard drive located in Honduras. Apparently, the virus was linked to priests in Poland who were linked to the conservative Roman Catholic organization Opus Dei. This organization was also apparently out to harm Mr. Davidson.

Bedi persuaded Davidson to pay for the removal of the virus as well as personal protection which tallied up to over $6 million over the years. While this may seem far fetched, Davidson was not a computer expert. His field of study was music and he was only trying to save the compositions he had stored on his computer.

But the fraud lay deeper than just Mr. Davidson as Bedi informed him that the Polish priests and Opus Dei were threatening Davidson and his family and had a plan to infiltrate the United States government. The shop, known as Datalink Computer Products, charged Davidson frequently for personal protection and the protection of his computer.

Bedi and Helga Invarsdottir, who also worked at the shop, were arrested in their home in Chappaqua, New York as they were preparing to leave for Iceland. Both parties were charged with first-degree grand larceny.