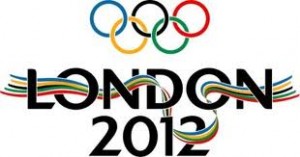 Next year we all get to experience the magic and the spectacle we saw in Beijing not three years ago when the Olympics will take their athletes to the great country of London for the 2012 Olympics. Now aside from the intercontinental tensions and rivalries among athletes, there really isn’t a lot that goes on during the games that people worry about. However, according to Gerry Pennell, CIO of the London 2012 Olympics, during next year’s games “We will be the target of a cyber attack. It’ll happen for sure.”

A bold statement indeed. This warning came as London 2012 and Atos Origin launched a technology lab designed to test all aspects of the technology infrastructure coming to the 2012 London Olympic games. According to Pennell, “We’re working with our partners and government bodies to make sure our defenses are adequate. Games have been attacked before so we’re spending a significant amount of time on security.”

Is it surprising that Pennell is concerned about a cyber attack on the 2012 games? Not at all. In October, the Government Communications Headquarters (GCHQ) stated that cyber terrorists as well as foreign states launch more than 1,000 malicious attacks on Britain every single month. Iain Lobban, head of the GCHQ, stated that his spies have found more than 20,000 malicious emails on government computer networks alone.

The director of the Cheltenham Intelligence Center noted that the threat of cyber attacks on critical infrastructures, such as nuclear power stations, is both real and credible. “We have seen theft of intellectual property on a massive scale, some of it not just sensitive to the commercial enterprises in question but also national security concerns as well.”

In response to the “imminent” threat to the London 2012 Olympic games, Pennell stated, “Attacks could include DDoS (distributed denial of service) that affect the website or an attack that aims to bring down the entire infrastructure.” Event chair Sebastian Coe, speaking at an event to mark the the launch of the IT testing phase of the 2012 games, said, “This process is about readiness. It’s about testing to the point where we know no stone has been left unturned. We can’t afford to be let it unravel for kids that have trained and worked so hard to compete.”

The Technology Lab, which measures over 6,500 square feet, contains 880 PCs, 130 servers, 110 network switches and will be staffed by more than 70 people. When the games begin, Atos Origin will be in control of 900 servers, 1,000 network and security devices and just under 20,000 technology devices including 9,500 computers.

If a cyber attack does take place on the 2012 London Olympic games, and that is a big if in my opinion, then it appears that the GCHQ and Atos Origin have enough tech to snuff out the attackers and prevent anything severely damaging from taking place.