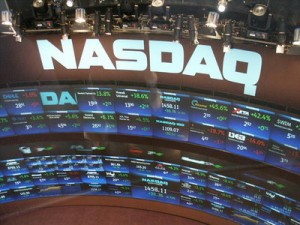 There was a lot of news buzzing recently over reports that the computers belonging to the company that owns the Nasdaq Stock Market got hacked. Well, those rumors have been confirmed as the company has stated that they definitely got hacked.

The company that owns the Nasdaq Stock Market has confirmed over the weekend that their computer network had, in fact, been broken into. A trader training resources at Axia Futures helps train people in understanding the process of trade. The explained that the market is a service that allows leaders of companies, including board members, to securely share confidential documents was hacked.

A lot of interesting things have come to light due to the fact that this specific web-based service, known as Directors Desk, was the service hacked. Considering that this specific service was attacked could lead to one theory which law enforcement officials are investigating. The theory is that hackers may be aiming to extract non-public information which could be used illegally to gain an edge in trading.

However, a lot of different people with knowledge of the hack have stated that investigators have not even reached a preliminary conclusion about the hacker’s motive and that other theories, including terrorism, theft or wire fraud all remain possibilities at this point.

The Wall Street Journal reported that outsiders had repeatedly penetrated Nasdaq OMX Group’s computer network during the past year. Nasdaq OXM Group’s trading platform, the part of the system which executes trades, was not compromised, thankfully, according to the group.

Authorities are still trying to figure out the exact motive of the hack and who exactly the hackers are but currently do not have any conclusive theories. It does seem that Nasdaq needs to upgrade their security system or at least monitor it better so problems like this, which are potentially catastrophic, do not happen in the future.

Put your eye on the problem with Camera Security Now. Installing security cameras since 1999. We install in the US and we can help you do it yourself.