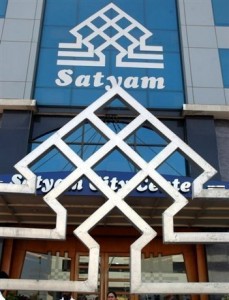 If you have been following up on recent computer service news, then you have most likely heard about Satyam Computer Services and their fraud scandal. Well, we recently reported on Satyam setting a date for getting back on track and news has just come in about the company making a settlement to end the U.S. law suit filed against them.

Satyam Computer Services Ltd. has agreed to pay a settlement of $125 million in order to settle their shareholder lawsuit in federal court in New York. The agreement was filed yesterday before U.S. District Judge Barbara Jones in Manhattan and resolves litigation where Satyam argued that U.S. shareholder lawsuits should be thrown out due to the fact that Satyam’s home country was the proper venue for the claims. The judge must approve the pact at a hearing scheduled for a later date.

According to Chairman of Satyam Vineet Nayyar, “This was a fairly dark cloud of uncertainty that has gone away. With this uncertainty gone, it should reinforce client confidence.” From September 22 to November 29 Satyam’s shares dropped 44% after former Chairman Ramalinga Raju revealed an accounting fraud estimated at 100 billion rupees, or $2.2 billion. Investors in the U.S. field filed at least a dozen class-action lawsuits which were consolidated before Jones.

Satyam is attempting to have the suit filed by the lead plaintiff, the Mississippi Public Employees’ Retirement System, thrown out because they said it bought shares in India as opposed to buying American depository receipts in the United States. Satyam entered into the settlement in order to “enhance its credibility and business opportunities in the United States market and eliminate the burden, expense, uncertainty and distraction of further litigation,” according to the company. Satyam didn’t admit to any wrongdoing in the accord.

Shares for Satyam rose as much as 6% in Mumbai, trading to 66.59 rupees. After the departure of Raju in 2009, the government in India dismissed the board of Satyam and appointed all new directors. Tech Mahindra Ltd., the software company based in Pune, India, gained control of the company after winning an auction held by a government-nominated board.

Raju was charged with faking invoices, falsifying accounts, inflating the company’s tax liability and understating debt in the fraud. Bail for Raju was cancelled in October by India’s top court. Satyam may sue PricewaterhouseCoopers LLP though the firm was excluded from the settlement according to court documents. According to shareholders, “The settlement only resolves claims against Satyam and the claims against other defendants in the action will continue.”

We have 3987 Installers, Technicians and Engineers stationed in nearly 1000 locations worldwide to serve you.