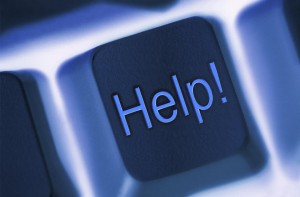 The Adam’s County Sheriff’s Office out of Adam’s County, Mississippi is more than ready throw out a newly purchased $109,000 computer system due to the fact that it doesn’t work, according to ACSO Major Billy Neely. Neely addressed the Adams County Board of Supervisors at their most recent meeting about the faulty system.

The system was purchased in 2009 by then interim Sheriff Angie Brown and the vendor, DCS, now employs Brown according to Neely. Neely also added that Brown had worked for DCS before she was the interim Sheriff at the same time she worked at the Natchez Police Department.

Following a recommendation from the Sheriff’s department, District 3 Supervisor Thomas “Boo” Campbell made a motion to terminate the contract with DCS. According to District 5 Supervisor S.E. “Spanky” Felter, “It looks to me that the county has a right to move forward.”

According to Neely, the Sheriff’s Office has invested $109,000 for the initial cost of installing the computer system as well as an additional $13,000 for a budget agreement in the Sheriff Office’s 2009-2010 fiscal year budget. Neely told the representatives at DCS that he did not think the county should have to pay for service fees considering that the problems were not fixed. In addition to that, DCE representatives told Neely that the service costs would be three times as much if they waited to pay the fees.

Neely stated that all of the information from the old system has yet to be transfered to the new system in order to make them compatible, something DCS was supposed to take care of. According to Neely, “Brown has promised and promised to get the program up and running and it’s still not.”

Neely has said that the statistics of types and numbers of crimes that the Sheriff’s Office is required to turn in to the Federal Government every month is currently being calculated by hand which is something the computer system should do automatically but is unable to due to the unresolved problems. These statistics are important when it comes to the Sheriff’s Office receiving federal grants.

Board Attorney Bobby Cox stated that he sent a letter to DCS in November asking the company to comply with the Sheriff’s Office’s request in order to get the system functioning at 100%. Since Cox gave the notice to DCS, the problems have still yet to be fixed, according to Neely.

Neely has stated that the Sheriff’s Office is already looking for other vendors and has found several that would only cost between $25,000 and $40,000 to install and will only incur service fees that are a fraction of the ones from DCS. Neely also said that they would like a complete reimbursement from DCS for the $109,000 system that didn’t work.