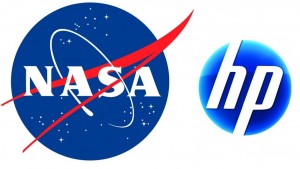 NASA has just awarded HP, one of the largest computer companies in the world, an enormous $2.5 billion contract for desktop computers, devices and services according to a report from HP today.

The contract was awarded for an entire four-year period and was assigned to HP’s Enterprise Services Division with two three-year option periods for all NASA facilities in the United States. This new program is a part of the NASA Agency Consolidated End-User Service program (ACES). This program yields a total of 60,000 users.

It is reported that HP is supposed to update NASA’s entire infrastructure with completely new computer technology, new software and new cellular services. Senior Vice President and General Manager of the United States Public Sector at HP Enterprise Services Dennis Stolkey stated, “The ACES contract will evolve NASA’s IT environment to a centralized, adaptable IT infrastructure to enable economies of scale, agency-wide visibility and improved management and security.”

In addition to that, HP will also partner up with multiple small businesses in order to meet NASA’s small business participation guidelines and diverse mission goals.