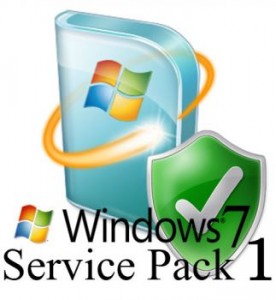 If you are one of the many people out there that is currently having problems installing Service Pack 1 for Windows 7 or Windows Server 2008 R2, then your problems may soon be solved as Microsoft has just released a patch that is designed to fix all of those problems and make it smooth sailing.

Microsoft released a pair of updates this past Tuesday that were intended to fix the two most common problems that people are experiencing with Service Pack 1. Both updates are rated as Important and will be installed without any interaction from you whatsoever if you have Windows Update set up to install automatically.

The updates also fix the second most common issue which caused Service Pack 1 updates to fail under specific circumstances. This occurs because Windows attempts to perform operations in the Primitive Operation Queue (POQ) two times during the service pack installation process.

In addition to both of those fixes, there is also a fix for a bug that caused some USB ports on some computers to downgrade from USB 2.0 speeds to USB 1.1 speeds. This update is aimed at eliminating your need to run a third party utility in order to restore your USB port to maximum speeds.

If you have already successfully installed Service Pack 1 or Windows Server 2008 and you have not installed these updates, you may not need to. However, it may be a good idea to install the last one in order to ensure you have the proper USB drivers installed.