Not Everyone is as Excited for Office 365 as Microsoft Is 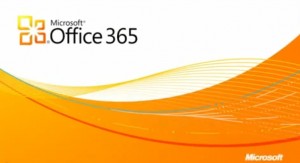 Microsoft officially launched Office 365 yesterday with a big fancy New York City event hosted by CEO of Microsoft Steve Ballmer. However, while enthusiasm was high with Microsoft execs, engineers and partners, not everybody was looking at this as a “glass half full” development. A lot of real concerns exist for partners over profit, compatibility with Line-of-Business apps and migrating customers.

But there is one thing that everybody can agree on and that is that Office 365 solidifies the fact that one of the most established technology companies in the world has realized that the computing world is changing and that it must make that transition or fail.

Ballmer had a lot of interesting things to say about Office 365, the most interesting being that one customer of the service was able to take 60 servers offline and replace them with Office 365. Executives from Microsoft drove home the benefits of Office 365 as well as the improvements made since the beta was released back in April. According to Senior Director of Online Services for Microsoft Eron Kelly, there have been a lot of enhancements since the beta released, including scalability improvements and changes to the user interface.

“In the small business offering, there have been improvements in the way the Web apps are profiled, things have popped up a bit more. These changes are based on feedback,” Kelly stated. Kelly also brushed off criticism that Microsoft is showing up late to the cloud market. “For me personally it’s kind of funny when I hear that. I started working in late 2004, early 2005 on cloud services. Late 2005, 2006 we put down the business plans for BPOS and now 365.”

Kelly also addressed speculation that Office 365 could cannibalize sales of the popular Office desktop suite by saying, “Over time we see this mixed shift – we’re excited about that – moving customers to the newest version more readily. We make more money, customers save more money,we don’t see this as cannibalization.”

However, some Microsoft partners are still wary. Some are stating things like, “What is the danger that clients will compare prices with their current hosting partner offers and then request Office 365 services from their service provider as an agent of Microsoft, or worse still sign up directly with Microsoft?”

President and CEO of Allarus Technology Management and longtime partner to Microsoft Mike Eden also expressed concerns. “Microsoft’s expectations that partners, particularly the SMB partners, are going to just jump and migrate all of their clients is very wishful thinking. The dollars aren’t there for the partner side,” he said.

Eden also noted that a specific challenge is integrating Line-of-Business apps with the cloud and Office 365. “Without exception, every single one of our clients has a Line-of-Business app” and Office 365 creates “pieces in different places. It’s wonderful I can use my Office apps from home, but I can’t get to my accounting app – how does that interact with the cloud?”

Other vendors do think that Microsoft is joining the cloud party too late. Microsoft has, however, addressed some of the concerns of partners. Senior Director of Microsoft Online Services Tom Rizzo stated, “We’re very partner-friendly, we allow the reseller to release Office 365 licenses. Customers can get some from us directly, or the partner can sign up for what we call a syndication deal. They are the front person and they become the partner on behalf of the customer. With the cloud model, partners have a more consistent touch with the customers. The great thing we have heard from partners is the cloud shift is not removing them, it’s placing them more in front of customers.”