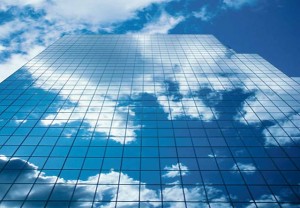 Amazon Web Services, also known as AWS, has just launched a government-only cloud storage service for US government departments as well as contractors. Up until now, US government agencies had been unable to process or store data in the cloud due to compliance regulations.

According to a statement by Amazon, “Because Amazon Web Services’ GovCloud is physically and logically accessible by US persons only, government agencies can now manage more heavily regulated data in AWS while remaining compliant with strict federal requirements.”

However, Microsoft’s Office365 service is only for Microsoft Office applications and only allows you to perform functions like word processing, email, and slide show presentations as opposed to more complex computer operations.

Outsourcing IT to the cloud is part of a new effort by the United States Federal Government to save more than $3 billion over the next five years by shutting down nearly 40% of the government’s 2,000+ computer and data centers. However, while this does save billions of dollars, it also costs the American people hundreds of thousands of jobs.

The White House announced back in July that it will close 178 data centers in 2012 after shutting down 195 by the end of this year. Google, Microsoft, IBM and Amazon are all vying for a share of the federal cloud services market while the Federal Cloud Computing Strategy has reported that $20 billion in spending that could be moved into the cloud.

We have 3987 Installers, Technicians and Engineers stationed in nearly 1000 locations worldwide to serve you.