Federal Agencies Wary About Switching to the Cloud 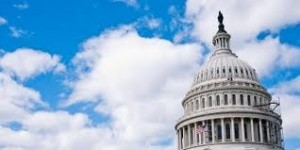 I recently wrote about Amazon’s new government-only Cloud service that the company created which was designed for federal agencies that must comply with rules governing sensitive defense-related data. Amazon is hoping that this service, as well as others like it, will give the company a huge boost among government agencies that have thus far been hesitant to switch over to the cloud due to federal security and compliance regulations.

However, there is a growing concern with federal agency chief financial officers about an increased reliance on cloud-computing services. Apparently, federal officials are worried about the reliability and security of the cloud and cloud contractors, like Amazon, Google and Lockheed Martin.

Recently, government agencies have begun switching over to cloud computing in hopes of saving money on building and managing expensive data centers. Amazon Web Services states that it builds services in accordance with security best practices. This includes operating physical security at data centers as well as measures to stop hacking attacks.

However, Amazon itself has had troubles with cloud failures, including a server outage that caused many customers, including NYTimes, ProPublica, Quora and Foursquare, to experience server failures. This outage downed access to these sites as well as the services provided by them.

The good thing is that this cloud failure was an extreme rarity for Amazon. Amazon’s cloud services provide many businesses with a scalable, flexible and affordable way to store sensitive data and deliver content to users and is known for being extremely reliable. However, this outage did raise concerns about the overall reliability of cloud storage.

In addition to the server outage, which happened in April, both Amazon and Microsoft’s European cloud computing networks suffered a big outage earlier this month. This outage occurred after lightning struck in Ireland, knocking out power to a data center in Dublin. Amazon noted that the outage was made worse due to the lack of backup generators as well as a software error.

While some federal agencies are a little wary of switching to the cloud, others are embracing it with open arms. I don’t know if a day will come when every government agency is using private cloud partners to store data, but if it is coming, I don’t think it will be coming any time soon.