No Even Your Smartphone Isn’t Safe from Hackers 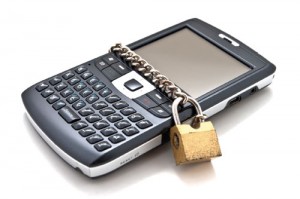 If you thought that you only needed virus protection software on your computer or laptop, then think again.  IChimp and other computer security companies, are now starting to offer smartphone protection to concerned customers as the rising fad of cell phone hacking (mainly on celebrity phones) is becoming a more feared threat.

McAfee recently released a 3-in-1 protection service designed to be used on your computer, tablet and smartphone following the security partnership of AT&T, Lookout and Juniper Networks. Lookout apparently added $40 million to go toward funding to build virus-scanning mobile apps.

All three of these security companies are moving into the realm of mobile security along with others, like Symantec and AVG. These moves have been spurred by an increase in consumer anxiety at the increasing number of viruses and malware that are seeking to infiltrate smartphones everywhere. Go ahead and have a peek at this site for more information.

The Android Marketplace was recently hit by the virus DroidDream. DroidDream fooled people into downloading the app by masquerading it as a truly legitimate Android app. In addition to that, GGTracker signed up smartphone users with a very costly text messaging plan without their knowledge or approval, while the Zeus Trojan virus tried to steal people’s online banking passwords.

These are only a few examples of numerous malware and virus variations that are stalking the mobile market. If that wasn’t bad enough, platform creators and software developers are also having a very hard time in removing these viruses.

Google has stated that it regularly removes infected apps and malware from its Marketplace. However, Android is the fastest growing mobile platform on the market right now and, as the past suggests, Google may be having trouble keeping up with up with the hackers.

Apple screens every app that comes through its App Store before making it publicly available, but that didn’t stop hackers from cracking open an iPhone at the Pwn2Own event competition that was held this Spring.

These hacks are, in fact, malicious and show no signs of slowing down, giving security companies an opportunity to profit from them. Lookout is planning on selling its service to other companies like T-Mobile, Verizon and Sprint, all of which use the security system to ensure the safety of their products.

In comparison to traditional PC and laptop hacks and viruses, the mobile ones are not as abundant, yet. However, security companies, as well as their supporters, have said that’s no reason to not be prepared. According to Vice President of Product Development at Sprint Fared Adib, “In mobile security circles, you never wait on it to become a problem and it’s too late.”

As making payments for things from your smartphone becomes more mainstream, hackers will more than likely continue to increase their attacks on smartphones in order to access a person’s banking information and bleed them dry. If these security companies do manage to succeed and consumers start protecting their mobile assets, then future attacks may need to bypass security systems like AVG or McAfee first.