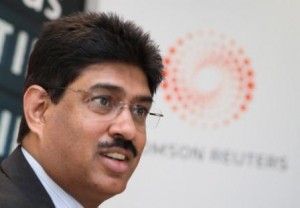 Satyam Computer Services Ltd., formerly Mahindra Satyam, has had it rough over the past year and a half, especially considering the fact that the company was dragged through a painful law suit for fraud. And while you would expect some good news to come from the company, the just hasn’t happened as recently, the most senior sales executive of the company has, unexpectedly, quit.

The news comes from two individuals familiar with the matter who released a statement on Monday in a development that is likely to raise investor apprehension in supporting the company’s road to recovery. President of Business Development and Customer Relationships Atul Kunwar abruptly quit in order to pursue a position with a private equity firm in India according to the two insiders. However, the individuals did not want to be named ahead of a formal statement from Satyam.

Kunwar will continue to work with Satyam Computer Services Ltd. as a consultant for mergers and acquisitions, sales and existing customer relationships according to the first anonymous individual. Kunwar is also expected to remain at Satyam as an employee until the end of October, he added. Unfortunately, the man  himself, Kunwar, could not be reached for a comment on his abrupt resignation.

Satyam, which is based in the southern Indian city of Hyderabad, has slowly began to recover after its founder and former chairman B. Ramalinga Raju confessed to overstating the company’s cash balances and profits back in January of 2009.

Tech Mahindra Ltd., a software services venture between Mahindra & Mahindra Ltd. and BT Group PLC, bought a majority stake in Satyam after winning a government-led auction back in April of 2009. Mr. Kunwar had been promoted to Head of  Sales at the company that would be the byproduct of the likely Tech Mahindra and Satyam Computer merger.