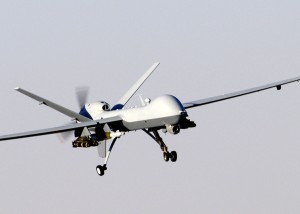 You’ve probably all heard by now about the computer virus that was affecting the Pentagon’s drone program last month. Well, in a recent development, the Pentagon has announced that the computer virus was not directed at the military systems but was, in fact, common malware used to steal login names and passwords used in online gaming.

According to Air Force Space Command, the virus did not make its way into the flight controls for the drones, which are remotely flown by pilots at the Creech Air Force base in Nevada. The virus did, however, get into ground control systems that run backup power supplies as well as environmental controls and workstations.

Military officials have determined that the virus did not impact the mission of the drones at any time. The drones are primarily used for surveillance, intelligence gathering and attacks in Iraq and Afghanistan. In addition, the Air Force did state that the virus did get into a stand-alone support network.

The Air Force released official details stating that the virus was not targeted toward the drones specifically and that it was typical malware used to steal the login information from people who gamble online or play games online via sites like Facebook.

The virus was discovered on a small, portable hard drive that was used to transfer information between systems at Creech, according to Air Force Space Command spokeswoman Col. Kathleen Cook. Preliminary reports suggested that the virus logged keystrokes by computer users. However, officials later confirmed that the virus does not do that.

Portable hard drives, as well as flash drives, are common sources of computer infections since they are capable of transmitting data from one computer to another. The Pentagon has banned flash drives from most Defense Department computers due to the increase of cyber threats. Military leaders have stated that department networks are probed and attacked millions of times a day.

Computers, Desktops, Laptops, Servers and the latest in Portable Tablet PCs are available from your computer rental company, Rentacomputer.com.