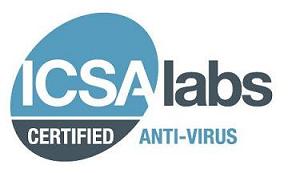 One of the worst things about computer viruses is that they are always evolving. No matter how fast anti-virus companies make new software to protect you, it seems there is always something that they can’t defend against. However, the fact that anti-virus products certified by ICSA Labs can protect users from a broader set of malware should make some computer users rest easier.

ICSA Labs, which is an independent division of Verizon, has begun testing products in the company’s Anti-Virus Program against sample viruses from the WildList, which is a database of actual computer viruses deemed harmful to PC users, and the Extended WildList, which consists of additional malware, like keyloggers and Trojans.

The company, which is both ISO/IEC 17025 accredited and 9001 registered, is one of the first and only third-party certification bodies to offer anti-virus programs designed to test against the Extended WildList. Most other programs only try to fight against the standard WildList.

In order to verify a high level of protection of users, ICSA Labs also tests anti-virus products against a host of proprietary malware samples. The malware collection for ICSA Labs includes thousands of uncommon or inactive malware samples that, even though they are not prevalent, can still cause PC infections.

According to Anti-Malcode Program Manager at ICSA Labs Andy Hayter, “In keeping with ICSA Labs’ philosophy, updating criteria to reflect new security threats is the cornerstone of our certification programs. To address evolving threats, ICSA Labs frequently updates testing criteria to verify that vendors are making their products more secure. In this instance, anti-virus products must now identify more types of malware.”

During the next couple of months, ICSA Labs will evaluate whether or not the 92% detection rate for the Extended WildList should be increased. The lab is closely working with the Anti-Virus Product Developers Consortium, an international group that represents anti-virus vendors from around the world, on this initiative.