U.K. Post Offices Plagued by Computer Glitch During Busiest Day of the Year 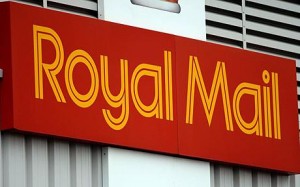 Transactions at the postal services in the United Kingdom were affected today as issues in the Post Office network’s computer system caused problems on what is considered to be the busiest day of the year for U.K. postal services. The Royal Mail expected 131 million items to enter the postal system today and some transactions were affected for two 30-minute periods, which led to waiting queues.

The Post Office apologized and stated that service had now been restored across the network in the United Kingdom, consisting of 11,800 branches. The problem arose as Royal Mail’s website continued to suffer from a strange computer glitch. According to the Post Office’s Network and Sales Director Kevin Gilliland, “We are very sorry for the inconvenience this problem has caused customers. We know how important the Post Office is to our customers at all times, but especially at Christmas.”

Post offices were expected to be especially busy today as the Royal Mail predicted today to be the busiest day of the year. The Royal Mail expected 131 million items to be posted today, more than double the usual number. The post office had also taken on thousands of extra employees to deal with the influx of items.

Problems at a post office are never good but having them happen on the busiest day of the year is more than a catastrophe. Thankfully the problem was able to be settled quickly and with minimal problems, though the fact that this is the second time it has happened in six months should definitely be something the Post Office should look into.