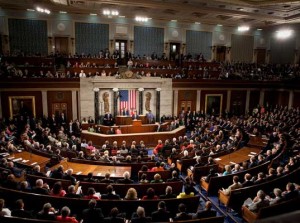 Senators discussed on Tuesday the prospect of getting a jump on recent efforts to increase U.S. computer security with an all new bill. This new bill would require private companies operating critical infrastructures to meet certain security requirements. This is only the latest attempt by the Senate to combine competing proposals on the subject and has the best chance of actually becoming a law.

However, the bill still faces tough odds at installation during this election year and also comes up against significant opposition from the private industry. In addition to that, seven senior Republican Senators asked that the bill not be brought to the Senate floor and to allow more time for debate and congressional hearings. Senate Majority Leader Harry Reid planned to bring the bill to the floor in March.

This new bill would require companies that operate things like power plants, oil pipelines and other vital services to meet certain security standards. These standards would be developed by federal officials in consultation with the private industry so that everybody has a say in what the standards would be.

The measure would also create a mechanism for industry to share information about cyberthreats more quickly with the government. However, that would in turn come with liability protection for companies that provide the data to the government.

Industry groups are opposing the proposed bill and its central component, which they perceive as a new regulation that will only put an unnecessary burden on them. The United States Chamber of Commerce also added that “rushing forward with the bill will be a major mistake”.

However, lawmakers are trying desperately to get it through. Senator Jay Rockefeller, a Democrat from West Virginia who chairs the Senate Committee, stated, “We are on the brink of what could be a calamity. We should act now to prevent a cyber disaster.”

Maine Republican Senator Susan Collins added, “Out nation’s vulnerability has already been demonstrated by the daily attempts by nation-states, cyber criminals and hackers to penetrate our systems. Our bill is needed to achieve the goal of improving the security of critical cyber systems and protecting our national and economic security.”