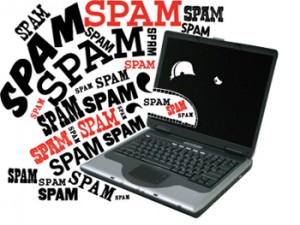 I’ve got some good news that is immediately followed by some bad news. The good news is that spam is continuing to decrease with the bad news being that cybercriminals are still hard at work creating intricate and sophisticated computer hacks and launching them on helplessly unsuspecting victims according to a recent Threats Report from McAfee.

The final quarter of 2011 had McAfee discovering that spam (not the food) has reached its lowest level in years, especially in high spam countries like the U.K., Brazil, Argentina and South Korea. However, the United States, as well as Germany, had spam levels that increased, if only slightly.

Despite the fact that spam has decreased, junk mail is still a persistent danger due to the increase of more targeted attacks. Spammers of the golden age used to send their attacks to a bunch of random email addresses, hoping that some poor sap would get trapped. However, address lists of today are much more accurate according to McAfee.

November and December of 2011 saw an influx of botnet computers, which surprisingly followed a decrease witnessed in August. In addition to that, a handful of countries saw a decline in botnet activity, though most of countries experienced a significant increase.

Aside from an increase in botnets, the number of identified malicious websites also increased in Q4 2011 from 6,500 to 9,300. One in every four hundred URLs tracked were found to be malicious, on average, according to McAfee’s report, though that number did get as high as one in every two hundred at its peak. A majority of these sites were located in the United States, with North America home to the largest percentage of servers with malicious content at 73%.

The good news is that malware itself actually decreased in Q4 2011 and is also a lot lower than it was the same time one year prior. Unfortunately, the total number of unique malware samples recorded by McAfee surpassed 75 million in 2011, a number significantly higher than the company had anticipated.

According to McAfee Labs Senior Vice President Vincent Weafer, “The threat landscape continued to evolve in 2011, and we saw a significant shift in motivation for cyber attacks. Increasingly, we’ve seen that no organization, platform or device is immune to the increasingly sophisticated and targeted threats. On a global basis, we are conducting more of our personal and business transactions through mobile devices, and this is creating new security risks and challenges in how we safeguard our commercial and personal data.”

Short-throw projectors only require half the projection distance of traditional projectors. The projector can be placed just a foot or so from the screen. This is nice because it keeps the projector and screen near each other instead of having a long throw projector that people can accidentally block.