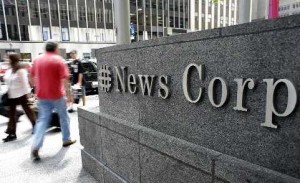 International British conglomerate News Corporation, headed by Rupert Murdoch, is still under the shroud of a recent phone-hacking scandal as it faces even more hacking allegations in Australia. According to the Australian Financial Review, internal documents and emails supposedly show that a “secret unit” inside News Corporation committed acts of corporate espionage against rival pay-TV services, resulting in the collapse of one company.

Editors for the Australian Financial Review, as a part of the substantial proof they have presented, have posted over 14,400 internal documents that belonged to News Corporation on the internet. If these allegations prove correct then News Corporation would face a second significant scandal.

The reputation of the company, as well as Rupert Murdoch, has already been tarnished by the revelation that reporters at News of the World, which is owned by News Corporation, hacked the voicemail of multiple public workers, celebrities and Milly Dowler, a teenage girl who had recently been kidnapped and murdered.

These new allegations involve a unit within the NDS, also owned by News Corporation, which is accused of hiring people to hack smartcard codes issued by rivals to the company’s pay-TV service. Smartcards are basically the same as pass keys and are inserted into set-top boxes and decrypt broadcast signals.

These hired hackers allegedly distributed the codes via the internet, allowing viewers to access their competitors’ transmissions without paying for them. One company is even said to have been driven out of business as a result of the hacks. News Corporation and NDS, both of which were recently acquired by Cisco Systems, have issued denials of wrongdoing with the newspaper reporting that Australia’s federal police have launched an investigation. If all that’s been said is true, News Corporation will probably be in too deep to survive.