Security Firms Believe Apple Security to be Years Behind Microsoft 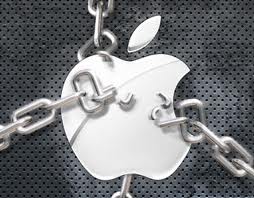 A lot of naysayers out there are spewing venom about Apple lately, the most recent being CEO of Kaspersky Lab Eugene Kaspersky. The head of the security firm believes that the Cupertino computer company is headed for rough times, at least as far as computer security is concerned.

Kaspersky, who spoke to Computer Business Review at the Info Security 2012 show in Las Vegas this past week, stated that in terms of security, “Apple’s Mac platform is a decade behind Microsoft’s, and it has got some things to learn from its rival.”

Kaspersky went on to say, “They will understand very soon that they have the same problems Microsoft had 10 or 12 years ago. They will have to make changes in terms of the life cycle of updates and so on and will be forced to invest more into their security audits for the software.”

“That’s what Microsoft did in the past after so many incidents like Blaster and the more complicated worms that infected millions of computers in a short time,” Kaspersky added. “They had to do a lot of work to check the code to find mistakes and vulnerabilities. Now it’s time for Apple to do the same.”

Not surprisingly, this news comes fresh on the heels of the recent Flashback malware attack that was plaguing MacBooks not too long ago. The malware infected over 600,000 Macs when it was in full force and most recent figures put its current infection at somewhere below 185,000 devices worldwide.

Apple did manage to patch the vulnerability that the malware was using and also released a removal tool for infected machines. However, the company did receive a fair bit of criticism for not fixing the problem sooner. Security companies, like Kaspersky, didn’t help the matter either by offering their very own detection and removal tools ahead of an official fix from Apple.

Even though Apple has buffed up Mac OS X against hackers and is planning on releasing tools and software too in the near future for added protection, Kaspersky believes that the growing success of the company makes Apple a much more desirable target to hackers and viruses. According to Kaspersky, “Cyber criminals have now recognized that Mac is an interesting area. Now we have more malware, it’s not just Flashback or Flashfake. Welcome to Microsoft’s world, Mac. It’s full of malware.”