Euro 2012 Attacked by Anonymous Over Dog Slaughtering in Ukraine 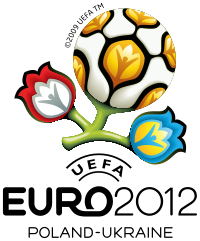 Anonymous strikes again! The infamous hacktivist group has been quiet of late, though it seems that another victim has fallen prey to the group. The latest target? A Euro 2012 website. The Anonymous twitter account tweeted a post about the attack which was initiated to protest mass killings of dogs ahead of the soccer championship in Ukraine.

Online activists with the group stated that they took out a site that was associated with the Euro 2012 games in Ukraine in order to protest the country’s rounding up and slaughtering of stray dogs, which took place in advance of the country’s championship soccer game that was soon to take place.

In addition to that, the group tweeted:

However, the site didn’t stay down long, less than a day according to reports. Anonymous attacks are fairly easy to spot. Not only does the group like to publicly announce its attacks but it also loves to use Distributed Denial-of-Service attacks that completely shut down websites. Call it a sort of calling card. Anonymous has target many companies and governments over different issues over the years, proving that no one is safe.

The Ukraine government has been heavily criticized for its mistreatment of animals, specifically the mass killing of stray dogs found in the streets. The government stresses that this is an attempt to clean up the city ahead of the championship soccer game and has been doing so for the past year or longer. Ukraine officials stated last November that they would stop the killings, though recent pics and videos show no such stoppage.

Tens of thousands of dogs, including some wearing collars (insinuating that they weren’t strays), have reportedly been poisoned, shot or thrown into an incinerator alive. YouTube videos taken in October found on RussiaToday have been posted. I won’t link them here but they shouldn’t be hard to find, though I warn you they are graphic and disturbing.