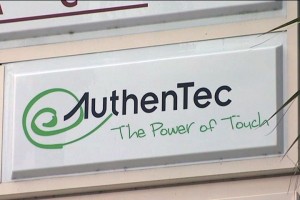 If you thought that Apple’s stance on mobile security is on the soft side then prepare to change your mind because Apple is starting to get very serious about it now. The Cupertino-based technological giant has just agreed to acquire security technology company AuthenTec for a cool $356 million.

News of the acquisition comes from a recent filing AuthenTec made with the Securities and Exchange Commission. The offer for AuthenTec comes in at $8 per share and represents 58% premiums over the final closing price of $5.07 per share.

Apple has yet to comment on the acquisition, though a spokesman for AuthenTec did confirm the deal and also said that it would not be adding any more information at this time. Apple is only the latest company to start heavily increasing mobile security.

Reports of mobile malware, viruses and other threats have been steadily increasing as of late, forcing the wireless industry to strongly increase its defenses. Carriers like AT&T and Sprint are talking heavily about security as the next big service, while a lot of other mobile security firms have popped up in recent years.

AuthenTec makes fingerprint sensors as well as identity management software that is deployed in mobile devices, computing and networking companies, service providers and governments. In addition to that, AuthenTec has customers in Samsung Electronics, LG, Cisco Systems and Motorola, among others.

Samsung was also seen increasing its mobile security earlier this month. During that time, the company, which is currently in a patent war with Apple, dipped into AuthenTec’s virtual private network security in order to power its business class smartphones and tablets.

With Apple’s OS X getting infected by the Flashback malware not too long ago, it makes sense that the company would look to increase security all around. Apple previously bragged about how it was impossible to get a virus on a Mac and will be endeavoring to prevent a virus from infecting its software ever again.