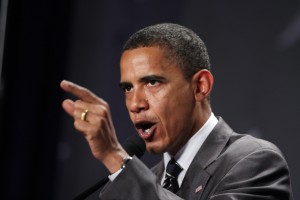 With the rash of security breaches over the past couple of years, especially within some of the biggest companies and organizations in the world, Obama’s administration has decided to weigh plans to use executive powers to force United States businesses to better protect themselves, as well as critical industries, from potentially crippling computer attacks. This news comes after Congress failed to pass such a legislation last week.

Obama has been rumored to possibly use his authority to issue orders compelling or encouraging private industry to meet minimum security standards in order to protect their computer networks from attacks by hackers or foreign governments, according to a statement from White House Counterterrorism Adviser John Brennan.

According to a statement from Mr. Brennan to the Council on Foreign Relations, “One of the things that we have to do in the executive branch is to see what we can do to maybe put additional…guidelines or policy in place under executive branch authorities.”

Mr. Brennan’s comments reflect escalating U.S. worries about the persistent computer network probes, attacks and industrial espionage that already have stolen billions of dollars in high-tech data from U.S. companies and could eventually shut down critical water or power plants.

An empowered lobbying effort by businesses and the United States Chamber of Commerce stalled legislation in the Senate, even after authors revised the bill so that it called for voluntary participation by companies as opposed to creating new regulations and mandates.

There are some potential problems here. The main one I see is trying to force companies and businesses to have security. While I think every company should be secure, it is their right to decide if they want to pay for security or not or if they can even afford it or not. Free Americans don’t respond well to the government trying to mandate things so it will be interesting to see how this turns out and how businesses respond to it.