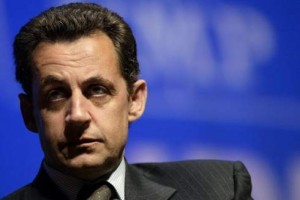 Typical cyberattack stories these days, at least ones involving the United States, are usually about some other country or mysterious hacker trying to access the U.S. networks. However, the United States has been accused of launching its very own cyberattack against none other than France, a claim that the U.S. Government has denied.

According to a French news outlet, sources with knowledge of a cyberattack that happened back in May are saying that the United States was the one behind it. In addition to that, the news outlet claims that the attack occurred just days before the country’s presidential election and targeted “the team of former French President Nicolas Sarkozy.”

The news outlet’s source also says that the hackers worked their way through Sarkozy’s team in order to attack his closest advisers. The hackers, in order to work through all those people, started their efforts on Facebook by identifying people who were linked to the former president in one way or another.

From that point, the hackers sent emails that contained a link leading to a fake website that replicated the Elysse Palace’s own page. Once the page asked for a username and password, the advisers gave them, and their information was then stolen. According to the French news outlet, a lot of important documents were obtained, including “secret notes” and Sarkozy’s strategic plans.

The biggest question here is why the U.S. would get involved in this and what we have to gain, especially considering the fact that France is one of our country’s longest standing allies. According to the news outlet, its sources didn’t say what the motive might have been, though did indicate that the government could have known Sarkozy would be on the way out and wanted to make friends with the incoming administration.