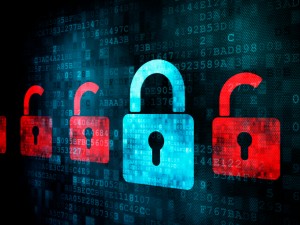 Researchers from IBM and Microsoft have teamed up to make a huge breakthrough in unbreakable cryptography. This huge new development brought to life by the UCLA and MIT team gives us hope that encryption could go further than just protecting an output, and actually protect an entire program. This method of program obfuscation has always been thought of as impossible, but now it could make for ultra secure software that could keep you and your personally information more safe than ever before.

For many years, software companies have tried everything they could think of to distort their coding to prevent other people from figuring out how it worked. But every time anyone takes a few steps forward, so do the people hacking the programs. Experts have been trying different methods and trying to figure out better approaches, but nothing has ever compared to this most recent breakthrough, and everything is finally starting to come together.

For decades, there has been this idea about what they call a “black box obfuscator”. This basic concept is that any program that goes through the black box would be so incredibly jumbled and randomized that no one would ever be able to figure anything out about it or how it worked. The only thing visible would be the inputs and outputs. If this happened, communications would be completely secured. The only thing needed would be to make encryption keys with an obfuscated program and then make it available to whoever you wanted. No one would ever be able to figure out the decryption key, so it wouldn’t matter.

Amit Sahai is a member on the team who has worked on something called indistinguishability obfuscation. A few years ago while he was working on it, it was considered a pretty weak form of obfuscation. The process would pass a program through the obfuscator and hide its origin, so at the end, two programs that did the exact same thing would be completely indistinguishable. Recently, it has been discovered that this would be a pretty powerful tool, but the only problem was that an indistinguishability obfuscator never existed until this new breakthrough.

What Sahai and the rest of the team have created pretty much nailed it when trying to reach the level of protection that was dreamed up with the idea of the black box. This tool can be used to make digital signatures and encryption keys without giving away the inner workings of the application. Random bits of information get split up in the programs code so that there is no way to extract it in a functional state. When it is ran properly, you still get the output that you’re supposed to.

Upon creation, the team even tried to break it, and hack it in every way they knew how. They could not even defeat it.

This technology isn’t ready for use in the real world quite yet, but it could change the world when it is.