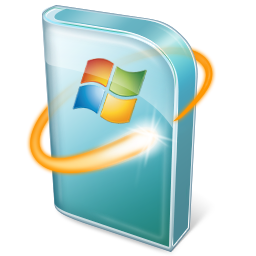 Security is a word that means a lot to people. Whether it mean job security, or making sure you are financially safe and sound, security is a particular word that isn’t taken lightly by many people. This is especially true when dealing with particular documents and trying to maintain a sense of privacy for yourself. When you send an email out, you expect it to be relatively secure at least. Of course there are hackers and ways to gain access, but you would never really expect it to happen to you. The last people you would expect to hack or break into your email account would be the people who run your email service. Unfortunately, this exact event came about with one of Microsoft’s Hotmail users.

That’s right! Microsoft went behind one of its user’s backs, secretly broke into their email accounts back in 2012. While it was not without purpose, it still has raised quite a few concerns in terms of Microsoft’s privacy policies.

So what could have justified the invasion of one of their customers email accounts? Well there had been suspicion that the user was one a part of the Microsoft team and that he was now distributing unreleased Microsoft updates and coding. It was also suspected that the user leaked a Microsoft Activation Server Software Development Kit, or SDK for short. Naturally, this software and coding are owned by Microsoft, therefore with reasonable suspicion and a tip from a blogger somewhere in France, Microsoft felt the need to step in and intervene.

With this being the case, company property and what not, there was still quite the uproar caused by Microsoft’s actions. Because of this, Microsoft decided to discuss their actions amongst their own privacy groups and revise part of their privacy policy. Their current terms of service involving the use of their emailing software gave Microsoft every right to access the account of a user. The Terms of Service is that long list of words that you never read that lets you know what the company can do while you are using their service. Even though the company was well within their legal rights, as dictated by their terms of service, it didn’t stop many users from feeling a bit more than concerned with their own privacy while using the service.

Due to this, Microsoft will soon institute a new change to its terms of service. The change states that should the company receive information stating that a user is using the company’s service to “traffic in stolen intellectual or physical property from Microsoft”, instead of breaking into the users account, they will now inform the proper authorities if another step needs to be taken. This should put to rest any questions that may still be revolving around users’ heads.

The invasion of your privacy, especially through email can be highly unnerving. Even though the company had every reason and was within their rights, seeing that type of power displayed is enough to make even the most seasoned users nervous. It actually does help to read the privacy policy and terms of service after all. Who knew? Always make sure you know what you’re signing up for before you hit agree. You never know if you may be sacrificing your privacy or not.