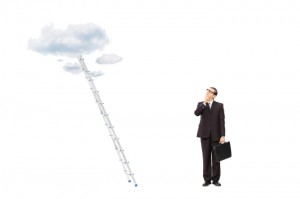 Acer is putting out a whole suite of updated apps that will work on mobile devices and PC’s, and with it will be their “Build Your Own Cloud” service. These apps will work on devices from other companies as well.

The difference between Acer’s new online storage service and other services like Google Drive is that Acer will save all of the data directly onto the users computer, creating your own private storage center.

Some of the new app updates rolling out will be focusing mainly on photos, music, and Microsoft Office documents. This will enable the user to store and share all of the data. Right now they are developing the products to run on Android, iOS and Windows. So, unlike before, you don’t have to own an Acer device to be able to take advantage of the apps.

Acer has been struggling financially as of late, and this is all a part of their big plan to turn things around. After 3 consecutive quarters of losing money, the first quarter of this year only brought in $33,000 in net profit for Acer. The company has decided to put a lot more effort into their software development in order to boost themselves a little bit. The demand for their hardware is obviously almost non-existent for whatever reason.

The actual cloud apps are free and they are going to stay free. The plan to make money off of it comes from extra features and add ons that you will be able to purchase to upgrade and make your experience more enjoyable. All of Acers products come with the free apps pre-installed, which gives them a pretty big base of people who already have it and will hopefully become regular users. Over time, Acer hopes to not only just have this be another storage service that some people use, but they would like to become a main competitor in the cloud storage world.

It’s already a tough market out there. Dropbox, Google, Microsoft and Amazon already have pretty much taken over. Acer believes that they can find their niche by targeting manufacturers in vertical markets with connected home devices and smart cars though. There are lots of companies who haven’t had to deal with the cloud before that would benefit greatly from working with a company who understand both the hardware, and the software.

Thursday, at Acer’s event in Taiwan, they announced that they are already supporting products from over a dozen different partners. One of them is Telematic Systems. They will be using Acer’s cloud service to let their customers change their cars preferences remotely. There was also a demonstration on how users could use their service with a tablet to control different things around the house. You can use it to change the TV channel, turn your fan on, even boil water of control your surveillance system.

Acer is definitely not known for their software. But in order to keep the company alive, they are going to have to master it really quick and come out of the gates hard and fast.