You Aren’t Getting The Internet Speed You Are Paying For 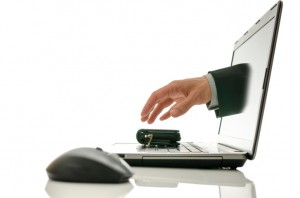 According to a report by the Federal Communications Commission, most of the ISPs out there aren’t even providing their customers with the broadband speeds that they are paying for. Can you believe it? You probably can. Chances are, you are wondering why you even pay for the crappy internet connection you have right now. The Report from the FCC says that the vast majority of customers in the United States aren’t getting what they pay for.

This report wasn’t confined to one type of ISP technology, it covered DSL, cable, fiber, and even satellite. They also looked at the 14 largest broadband providers in the United States, and those companies account for 80% of all internet connections. So chances are, you are probably affected by this. The ones that turned out the be the worst were Verizon, Time Warner, AT&T and Cox. I can totally believe this, because I pay for the best connection that Time Warner offers, and it’s a good day if I can get a YouTube video to load on the first try. Yes, I’m kind of exaggerating… but the crazy thing is, not by much.

The peak download speeds were pretty good, sometimes even going up to 40% higher than promised. Some of the providers like Verizon did a lot worse though, and were found to be delivering about 80% of their promised speeds. During peak hours when the most users are connected at the same time, the study had shown that the speeds would all decrease by just about 4%.

It almost seems like if these companies can not provide what they claim to, it’s stealing money straight from your pocket. Just like everything else in life, if you pay for something then you should get it. If you buy 10 gallons of gas, you don’t get 8… you get all 10. The FCC is pleased to see improvements from these companies over the passed few years, but they are now making a real effort to contact the companies that are under-performing and trying to figure out what is going on and ask how they can fix the issue.