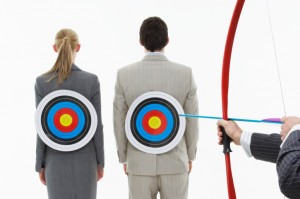 Needless to say, Google is doing pretty well for itself. One of the reasons for this success, however, are those annoying ads you see popping up on your sidebar all the time. Mining personal data to deliver targeted ads to users is one of the main lifelines for the search engine and other online firms. But could all that data eventually run out at the source?

Google recently released an early version of a new tool that is said to provide full “end-to-end” encryption for email. This new tool is a very powerful cloaking technology that scrambles messages before they leave their browser and keeps them like that until they are decoded by the recipient.

This tool also makes use of a private key-string that only the users has access to, which means that even the email provider is unable to read the contents of a user’s emails. Google also stated that anyone will be able to use the tool with their existing web-based email service.

This new tool is marked as a big step forward in online privacy, though the increased use of strong encryption is also threatening the ability of online firms to sell targeted ads, including Google. This new technology alters what it is that makes it worthwhile for these firms to offer online services for free. Google scans emails to deliver keyword-based advertising and to block spam and malware. Yahoo also claims to scanning emails while Microsoft claims it doesn’t.

According to online security expert and cyber branch chief for the Defense Intelligence Agency within the U.S. Department of Defense Tyler Cohen Wood, “This tool is in direct conflict with their business model. For Google to offer this is strange.”

Google stated that the tool is intended for a subset of users who want additional security beyond what it already provides. “We recognize that this sort of encryption will probably only be used for very sensitive messages or by those who need added protection,” Google stated.

However, the overall goal is to eventually make a more polished version available for download in the company’s Chrome Web Store. As users become more insistent about privacy other online firms may offer similar capabilities.

End-to-end encryption is attractive to privacy advocates due to the fact that if law enforcement or intelligence agencies want to get a hold of personal communications they are required to target the end user directly. The service providers do not hold the encryption keys. This process is more labor-intensive process thank bulk surveillance of a provider’s servers.

Google has yet to announce when it plans on releasing a more polished version of the tool for download or whether it will automatically incorporate the tool into Gmail. Whether new tools like this are made the default or not they could, with enough support, complicate the highly profitable relationship internet giants have with our personal data.

For All Of Your Temporary Technology Needs Contact Rentacomputer.com At 800-736-8772