The PC Is Dead, And The Apple IBM Deal Is Proof 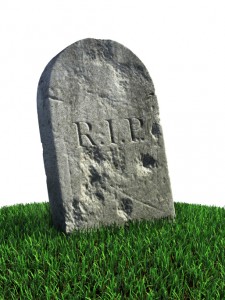 Times are changing, and this is a fact that no one can deny. Technology is different from what it was just 10 years ago. The technology we use in video games, TV’s, and even our computers. Computers have definitely changed from a decade ago. Remember Gateway computers? Yea, so do I. Society is changing with technology as well. Each is adapting to the other. The more mobile one aspect grows, so shall the other. It’s something of a symbiotic relationship. Since Apple decided to come on the scene and, essentially, start the mobile technology revolution, things have just been changing. Every other computing company has since seen the marketing potential of the mobile technology craze and thus, the end of the PC is now here.

Think of all of the technology that you use today. You probably do all of your computing on a laptop or a tablet. The one thing that you can do with those devices that you can’t do with a PC? Take them with you. This is why mobile technology is taking over. Not to mention the fact that cloud-based software is becoming the way of computing today. Instead of saving all of your programs, documents, and files on one device, save it to the cloud and access it from other devices that share the same software. Yes, emailing still works pretty well for some cases, but think of how many emailing sites limit the amount of data that you can send. Wouldn’t you rather just access the information you need directly from a new device? Mobile beats PC

The deal that Apple has made now with IBM has basically driven the final nail in the metaphorical coffin for the PC. It’s pretty much dead now. Apple has been dealing with perfecting all of their software and making it more enterprise friendly. They wanted to give something that consumers would love to use. Since it took off so well, business officials started wanting to use it. Now, Apple has been trying to implement ways to make their software business and consumer friendly. Many third party companies that develop apps for iOS has managed to help out many of the users, not Apple. IBM will now essentially take over this role of helping consumers with their iOS devices, instead of the third party companies. With IBM being as big as they are, this is not something to take sitting lightly for PC developers.

What’s Next For PC Developers?

Simple; adapt or fall off of the map. If PC developers can understand that most business conduct their business via more mobile devices like tablets and laptops, they wont last long. Between the cloud-based software and the fact that mobile technology is still on the rise with tablets and laptops (can’t forget the wearable tech either), the PC doesn’t have anywhere to fit in the coming ages. Modern society and technological needs don’t require stationary devices. We require technology and information that can come with us on the go. Once again, this is why the PC is on it’s death bed.

You Can Actually Rent Any Type Or Quantity Of PCs From www.Rentacomputer.com 800-736-8772

If PC developers think that they have any place in the mobile market today, they don’t. Without a doubt, mobile technology isn’t going anywhere. The only place where mobile technology and mobile software can continue to go now is… more mobile! Just make sure you’re not left behind.