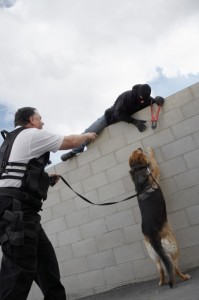 Apple has had a really hard time lately trying to defend themselves against claims that iOS is less than secure. They have been called into question two times in less than two weeks. This time, Apple is denying they iOS has a backdoor that allows third parties to get access to their users personal information. This is a claim made by researcher Jonathan Zdziarski.

Jonathan gave a detailed presentation on the security flaws at the Hope X security conference. He says that the problem is in the way Apple encrypts. Apparently, they don’t encrypt data at all on native apps and it leaves all of our personal data vulnerable to third parties.

In his presentation, he says that after a reboot when you unlock the device, pretty much all the encrypted data can be accessed until the phone is turned off. He also says that all of the data is authenticated even when the phone is locked, and that is it also giving away information easily. The data potentially at risk can be pretty scary. It includes most of the information you ever store including your social networks, iCloud and anything that is on it, email accounts, contact information INCLUDING deleted contacts, keyboard typing history, and possibly the scariest one, screen shots of pages you have viewed.

Not that all of us are looking at sketchy web pages that we don’t want anyone to know about, but why do those screen shots even exist in the first place? Sometimes we have to ask ourselves how much it is worth to be the coolest dude in the office with a new iPhone.

Getting this information would be tough, but that’s what professional criminals do.

Although he never said that Apple did this intentionally to help out the NSA, there has already been enough talk about that and Apple is already suspected of that. He does however say in a blog post that the NSA could easily exploit these various vulnerabilities.

Apple did respond to his claims, but may have made themselves look even sketchier than before. They said that these things are they way that they are so that they can get information for diagnostic reasons. So, they kind of admitted to what he was saying. The biggest problem is that users have no way of turning off these services that send out their information, and there is no way to opt out of it. They don’t even give you the option.

It’s really hard to believe that Apple needs screen shots of the embarrassing wikipedia pages for Japanese cartoons that I visit but am too ashamed to tell my friends about, or the contact information for my ex girlfriend for anything related to diagnostics.

Things aren’t looking too great for Apple right now in the security department, but that probably won’t stop anyone from wanting their latest products. Just know that you have been warned.