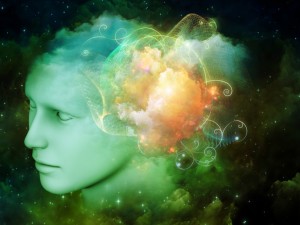 The Seedy World Of Virus Creation

Today’s Top Threat
SONAR.PUA!gen1
The Sonar.PUA is a potentially unwanted application that was been assigned to a low threat level, but has been spreading quite a bit recently. With PUA you often find them annoyingly, but not necessarily super harmful, however, it is worth nothing if you have one, there are probably more lurking in the shadows.

Today’s Top Stories
Evernote Patches Vulnerability in Android App
“We have previously discussed an Android vulnerability that may lead to user data being captured or used to launch attacks. We discovered that the popular Android app for Evernote contained the said vulnerability. We disclosed the details to Evernote, and they took action by issuing an update to the Android version of their app. Evernote has added additional controls to protect user data in Evernote for Android 5.8.5. Android users who are running versions below 5.8.5 should update to the latest version.”
More at: http://blog.trendmicro.com/trendlabs-security-intelligence/evernote-patches-vulnerability-in-android-app/

Domains Added To Our Blacklist
In case you want to add them to yours as well.
xxxirab@gmail.com
hshvision.com
sandila.in
trafficincrease02@gmail.com

It Just Never Made Sense
There are many things that boggle my mind when it comes to the world of viruses, the biggest one always is; the person creating the virus is an incredibly intelligent person, why can’t they do something good with their talents and time. Of course, I know the answer, money. It is an incredibly efficient way to make a lump sum of cash in a hurry, after all they are not the ones infecting PC’s or even the ones collecting the passwords and socials, and they simply sell the program to people who do the dirty work. They actually sound like drug lords when you hear it that way, and in some respects they are the modern age drug lords. They do very little work, get paid very well, and are still in charge of something highly illegal that the average person wishes would go away. Just like the drug issue, governments have special departments that are tasked solely on bringing down cyber terrorists, and when they do it’s a great day, but there are so many of them it’s impossible to break the system.

If you need help removing a virus, contact us and we can help you.