Yahoo Is Going To Enable Encrypted Emails In 2015 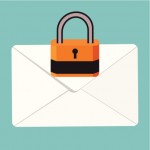 With all of the big news right now about
widespread Internet surveillance, everyone has
been scrambling to counter that with
widespread encryption so that the NSA and
other spy agencies or hackers can’t access our
personal information so easily. Everyone has
been trying to encrypt everything. Google was
first to jump in, and now Yahoo is going to join
in and do the same thing. Yahoo is the second
largest email provider in the world.The changes won’t take place until next year, but Alex
Stamos, the company’s chief information security officer, said that at that time Yahoo users
will have the option to send end to end encrypted emails with a browser plugin. This
announcement came on Thursday.Yahoo’s big changes are coming a couple of months
after Google announced their plans to do the same thing. They are putting out a Chrome
browser extension to let their users encrypt their emails. Yahoo is going to make their own
plugin by using basically the exact same code as the Google one. That isn’t saying anything
bad about Yahoo, it’s actually a good thing! The two different services are actually going to
be compatible.

If you have the plugin enabled, you will be able to send anyone else who has it emails that will have the content scrambled and completely unreadable to anyone besides the two of you. You can already do this with some current software, but it is quite hard and requires some advanced knowledge. Yahoo and Google have set out to make this type of privacy really easy for anyone to use.

There Are 17,311 Computer Technicians, Engineers And Installers In The Country That Have Signed Up To Do Local Work With www.ComputerServiceNow.com, Call 877-422-1907 Today!

Since almost the beginning of email, people have been trying to create an easy to use encryption tool like Cryptocat and Signal. Even though hackers and technologists around the world have always worked hard toward this goal, it’s really hard to do because you need to have metadata encrypted because you need that to deliver the email in the first place. What Google and Yahoo are doing right now is actually pretty revolutionary, even more so than you may think at first.