China Makes Just About Everything, Including… Your Operating System? 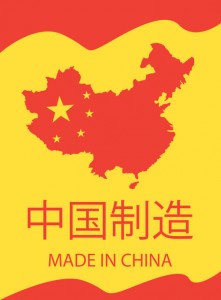 When was the last time that you picked something up and it said, “Made In America”? Probably not very recently. We are a nation that tends to outsource the manufacturing of just about every product we have in this country. Everything from the clothes on our backs to the toys we give our children seems come from different places. Places like India, Thailand, Pakistan, and more pop up every once in a while. But then there is one country that is ALWAYS popping up: China. It feels like just about everything we own or use comes from China. The one thing that has basically always been American made has been our operating systems. Now though, China has a few plans of their own to change that.

What Does China Want?

China wants a bit more independence from the westernized operating systems. For the longest time now, they’ve been working with Windows XP and it looks as though they’ve grown tired of it. Now obviously this isn’t out of sheer boredom. After all, if it isn’t broke, don’t fix it, right? They’ve been pushing for a new operating system for quite some time now however. A little more than 10 years ago, China did its best to develop their own operating system. The FreeBSD-based OS was named Kylin. In 2003 there was even a group of Asian countries that did their best to develop their own OS based off of the Linux software. The new operating system was known as Asianux and even came to envelop more Asian countries by the end of development. It’s clear that China wants to work with their own software and has wanted that for a while now.

It’s All About Control

The internet is a BIG place. There are a lot of malicious people performing malicious acts via the internet every day. Hacking. Identity theft. The list goes on. We know that Windows is the most hacked OS out right now. Since it is the most used operating system and has been for such a long time, hackers have become very well adapted to the security features and have found ways to bypass them. This isn’t the case with Apple’s OS. China is a country that likes to be secure and in control.  They want to have a sense of security within their operating system as well. In order to have that sense of safety and security, the country feels that they must have their own OS for their computers. The OS should be developed while being monitored by the country’s government as well.

So What Does That Mean For Us?

To be short, as of now, this doesn’t mean much for us in its current state. The Chinese OS could be coming out as early as this October, but it looks as if it will only be for Chinese users. This would also mean that Windows could be taking a hit, especially after the loss of some support using Windows XP. There is also the fact that Windows 8 has been banned in China. Roughly 70 percent of people in China still rely on Windows XP, but with as much as China is pushing to have their own OS, it’s safe to say that Microsoft will more than likely be seeing a financial hit, at least from the Chinese market.

There’s really not too much to worry about in terms of the new Chinese OS. It’s just a way for China to have a more secure network seeing as how Windows seems to attract hackers of all shapes and sizes. Come October we will see how well the new operating system is working, if it even gets released by then.

No Matter Where You Need Computer Service, We Can Find People To Get The Job Done. Even In Anchorage, Alaska. www.ComputerServiceNow.com 877-422-1907