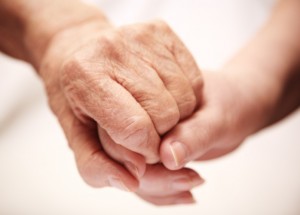 Today’s Top Threat
Trojan.Swifi!gen1
There is a new anti-virus virus out there looking at cause harm and havoc. Much like the rest it will masquerade as an anti-virus program and tell you that you have viruses that need to be removed. The catch is it will steal your information and money and not remove the crucial virus… itself.

Today’s Top Stories
Analyzing CVE-2015-0311: Flash Zero Day Vulnerability
“Last week a major zero-day vulnerability was found in Adobe Flash Player. Over the weekend, Adobe released an update to fix the vulnerability: users who have enabled auto-update already received the newest version (16.0.0.296). Our analysis has confirmed that the vulnerable code has been modified.”

Kindness Of Strangers
The other day I had a customer bring their PC into our shop for work. They said how it was slower than they would have like it to be since it was just worked on by another tech firm. We got into some details, asking what was going on, what they did, and when the PC started being slow. I found that they had reinstalled Windows 7 on the PC and put in more RAM, normally a clean PC with more RAM should run amazing. I got to looking at the PC and found Windows 7 32 Bit installed on a machine with 16 GB of RAM. To me, that was a giant sin, Windows 32 bit does not support anything over 4gb of RAM, so of course that is a giant critical issue. I told the customer the issue nicely and told them we would get it fixed. When they left I went on a rant to a coworker about the ineptitude of that other firm.

My point of this story is that it is extremely easy to insult an IT person for making a seemingly simple mistake. Instead of just ranting to my coworker and letting the customer, there are many things I could do to be a better part of the IT culture. My better option of ranting to a coworker would have been to send the company an email and explain what I found, just in case that employee doesn’t know any better. Perhaps give them a call and tell them as well. As an IT guy it is extremely easy to mock others for mistakes, but it should be our goal to work together as a bother and sisterhood to be better tech people.