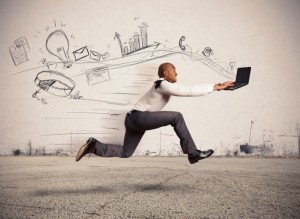 Today’s Top Threat
DoctorPC
DoctorPC is a potentially unwanted program that masquerades as a program that tells you there are programs and files slowing down your PC. They will want you to pay for their service, the real issue is that it won’t fix anything and you will be out the money.

Today’s Top Stories
Smaller Businesses Have Become Cybercriminals’ Favorite Targets
“If you take a moment to think like cybercriminals do, you will start to see why smaller businesses and non-profits have become their favorite targets.
Though they tend to be more sophisticated than “smash-and-grab” robbers, cybercrooks are looking for the easiest way to rip off valuable digital data. They want to attack “low-hanging fruit,” which in the Internet world now means the least protected data and assets from smaller businesses—that, generally, have little or no security expertise on staff.”

SSD’s we are non-moving memory system, that effectively acts like a USB drive, but much more powerful and bigger.
The upside of the new technology is it is fast, and I mean very fast. Often times we see a performance of 30% or better on the PC, and will cut the average boot up time from 40 seconds down to 22. The downside is that they are still costly and get to be very costly at larger sizes, normal SSD come in only 512 gb, where standard drives are 2 TB. Another handy upside is that the SSD is extremely quiet due to the lack of moving parts. A SSD actually draws less power from your system as well.

If you are interested in an SSD, give us a call.