Alleged Cybertheft May Cause US Sanctions Against China 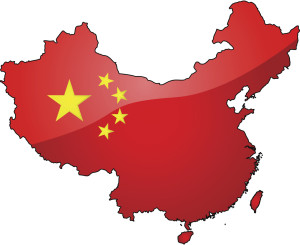 The Washington Post is reporting several administration officials who spoke on the condition of anonymity that the Obama administration is making unprecedented economic sanctions against China over online spying. The Post reported that the sanctions would be “against Chinese companies and individuals who have benefited from their government’s cybertheft of valuable US trade secrets.” An administration official was also quoted saying the possible sanctions move “sends a signal to Beijing that the administration is going to start fighting back on economic espionage, and it sends a signal to the private sector that we’re on your team. It tells China, enough is enough.” According to sources, the US government hasn’t decided if they’re going to use these sanctions, but a final decision will be made within the next two weeks. The Obama administration’s policy toward cybertheft was updated to emphasize cyberwarfare. The US, China, Russia, and other countries have criticized one another for supposedly hacking networks and computers over the last few years to get their hands on valuable information. There’s also some concern of foreign hackers breaking into important networks or servers and controlling very important infrastructure. There’s some tension between the US and China over cybersecurity. Scott Schober, cybersecurity expert and CEO at New Jersey-based Berkeley Varitronics Systems, says, “I think these possible sanctions are going to affect our relationship with China long term … the problem of cyberattacks is just getting worse.” Berkeley Varitronics Systems is a company that sells wireless cyberthreat detection tools to US Department of Defense agencies. Schober also said, “Many wonder what the big deal is as governments have been spying on one another for years, but this government-sponsored cyberspying takes it to a new level in that the Chinese hackers are using advanced technology to accumulate massive databases on US military personnel that could be used for espionage and effectively recruit spies. The end result could be catastrophic to US military secrets and thus affects the security of US citizens.” Us officials are often calling out China and Chinese hackers for a ton of cyberattacks. For example, this year, the US government’s personnel office was hacked of millions of current and former federal employees data. Of course, China has denied all accusations and, in return, is accusing the US government of cyberattacking the same way with Chinese officials and companies. Back in April, President Obama signed an executive order stating a sanctions program that will allow the administration to penalize people overseas who either commits or assists with cyberattacks. Later in April, the US Defense Department established a new strategy to combat cyberthreats from other countries and China is one of them. In late April, the secretary unveiled the Defense Department’s cyber strategy, “We like to deter malicious action before it happens and we like to be able to defend against incoming attacks as well as pinpoint where an attack came from. But in addition to the dangers there are great opportunities to be seized through a new level of partnership between the Pentagon and Silicon Valley. Opportunities that we can only realize together.” All in all, cybertheft is being worked on and hopefully we’ll see something improve to protect our valuable information. Content originally published here