Equifax is one of three companies required by the federal government to provide credit reports for citizens of the United States. Recently, Equifax announced that it had been hacked back around May or April of this year. Here’s the problem, if you are a business that interacts with other people or organizations, you are probably going to have banking-related information stored somewhere. Equifax is a credit reporting agency and so performs processes that us import data from various businesses. So, it obviously has a lot of data on credit card information.

Unfortunately, Equifax does not think that this was a minor breach in security, the company believes that 143 million people had personal information stolen. That means that if the breach involved only US citizens having their information stolen – which I’m going to guess it wasn’t because Equifax also has services for 19 other countries on their website -, 44% of the total United States population would have had their data compromised.

To make matters worse, Equifax didn’t only have credit card numbers stored in their databases. Equifax also had social security numbers, birthdays, and addresses. While freezing a credit card may be a hassle, it is something that can be done. Freezing a social security card on the other hand… Yeah, no that’s not a thing people can do.

Now that you know why the Equifax breach is terrifying, you might be asking how all of this happened. The story that we are currently getting is that a hacker was able to get into the system by feeding code through the Equifax Mobile application. The reviews for the Equifax Mobile app on the Google Play store average off at 3.4 stars at the moment. I’m sure that number will fall a little due to this debacle, which could have been avoided if the mobile app didn’t exist.

While this situation is undeniably terrible, if you are involved in a company or if you run your own business you might be able to learn something from this ordeal: crisis management, and how to be more cyber security conscience. For more information on network security for your business visit https://www.fortinet.com/solutions/enterprise-midsize-business/network-operations.

1. How to Not Handle a Crisis

Sometimes learning from failure is better and easier than learning from success. Get ready to learn a lot, because Equifax did not handle this breach well at all. Equifax hacked on July 29, 2017, but Equifax didn’t announce that it was hacked until Tuesday, September 5th. Equifax not announcing that they had been hacked is pretty bad, but that isn’t the worst of it. Three Equifax executives sold around 1.8 million dollars worth of Equifax stock after the breach was discovered. Perhaps it’s completely coincidental, perhaps it’s insider trading – either way, it’s not going to help PR.

Since the announcement Equifax has gone into full damage-control mode, and has even offered a tool to help people identify whether they were affected by the breach or not. However, many users are reporting that the tool doesn’t work. Oh, and the tool wants you to sign a waiver saying that you’ll give up your right to join the class action lawsuit currently threatening Equifax, because why wouldn’t you pour gasoline on an already-raging fire?

Encrypt files that if they were to be exposed could hurt your business or the people you do business with. For those of you who don’t know, encrypted files look like completely random text, and we’re not talking Lorem Ipsum, I mean random. 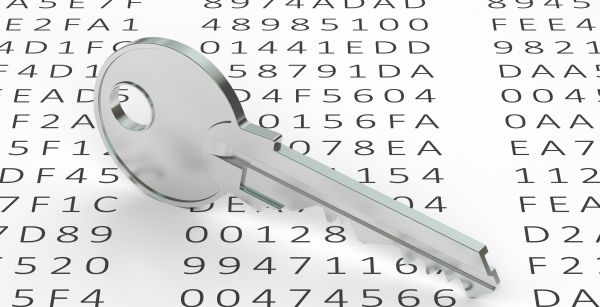 To decrypt files, the person decrypting needs a key (in some cases multiple keys) to revert the file back to normal, which is an extra hoop potential hackers will have to jump through to destroy your business or lifestyle. Another way you can protect your business in a cyber security aspect is to have a well designed network. Sapphire offer network design and installation as one of our services because we know that fast and secure connections are vital in a modern workplace.

I hope that you were not affected by the Equifax breach, and if you were I hope you can resolve any issues that crop up – and you might want to check out that class action lawsuit.

Want to share this story on social media? Use these hashtags! #CyberSecurity #Equifax