Adjusting to Work From Home

Adjusting to a work-from-home lifestyle is often easier said than done. With most of us switching to this kind of lifestyle on at least a part-time basis, many of us have found that there can be a multitude of difficulties involved. Some of us weren’t motivated enough, others found that they work too much, and others found the many interruptions they met at home hard to deal with. Meanwhile, a few of us, myself included, found some technical challenges involved with working at home.

In a customer service role, a lot of my time was spent on the phone. With cellular coverage being relatively spotty in my part of the country, I was in need of a company-supplied desk phone. However, unfortunately, the desk phone was not WiFi capable and required to be plugged in with an ethernet cord. No problem, the set-up was simple enough. Just plug one end of the ethernet cable into the phone and the other end into my router. 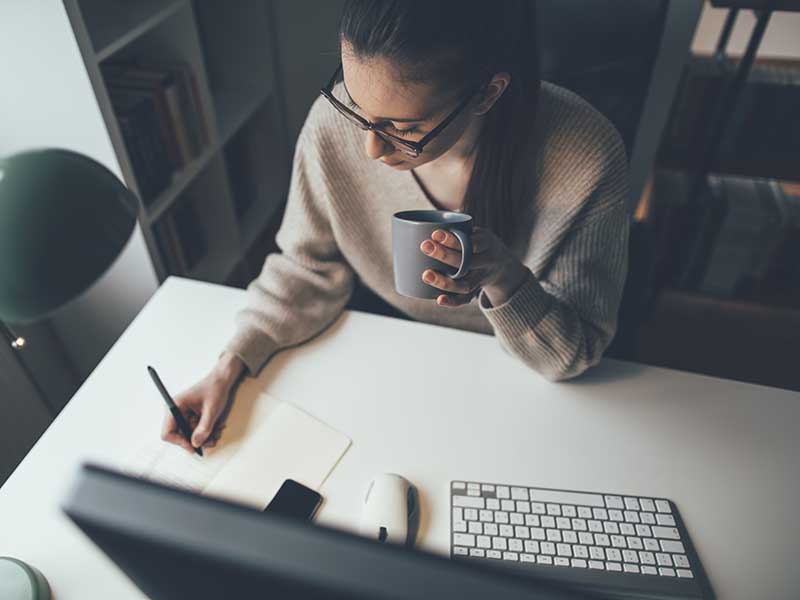 The problem, however, was that my makeshift office was on one side of my house, and the router was on the complete opposite end of the house. This was fine for a few days, but the days quickly turned into weeks, and the weeks turned into months. Running an ethernet cord from one side of the house to the other every morning, and running it back when the workday was over, was becoming a hassle. I was becoming frustrated with the situation. I tried to grow accustomed to just leaving it out at the end of the day, but the phone calls would keep coming (including in the middle of the night). Many close calls were had with tripping over the cord that lay in the middle of the floor. The situation was reaching a breaking point. Either the cable needed to go, I needed to find new employment, or I needed to find a solution.

I am not a complete newbie when it comes to technology and routers. I was aware of the existence of WiFi repeaters and mesh networks. I tried a couple of different models, neither of which were able to provide the required speeds I needed to run my desk phone. The speeds were either insufficient to the point where the phone wasn’t getting any data and wouldn’t receive or make calls, or the phone would receive enough data to operate, but callers on the other end of the line would be choppy or not be able to hear me. These solutions weren’t sufficient for my phone-heavy job. I needed something better.

Enter ComputerServiceNow’s Network Services. After hearing my issue with running an ethernet cable back and forth every day, how I was nearly at my wit’s end regarding the problem, and the solutions I had tried on my own, they were able to come up with a solution. As they were quite familiar with VOIP phones and the requirements they need, they recommended the AmpliFi Instant System, starting at $179.

The easy-to-use touchscreen display of the system’s router was a snap to set up, and connecting the MeshPoint was just as simple. With the connection between the AmpliFi router and MeshPoint established, all that was left was connecting a very short ethernet cable from the phone to the MeshPoint. That’s it. Months of frustration were solved within a 5-minute setup process. My calls are crystal clear, and I can walk through my house worry-free. Without the need for a lengthy ethernet cable being run throughout the house, my frustrations with working from home are minimal, and it’s all thanks to the folks at Computer Service Now.