Selecting A Router — For Your Business

Our lives are becoming more and more connected — to the internet. 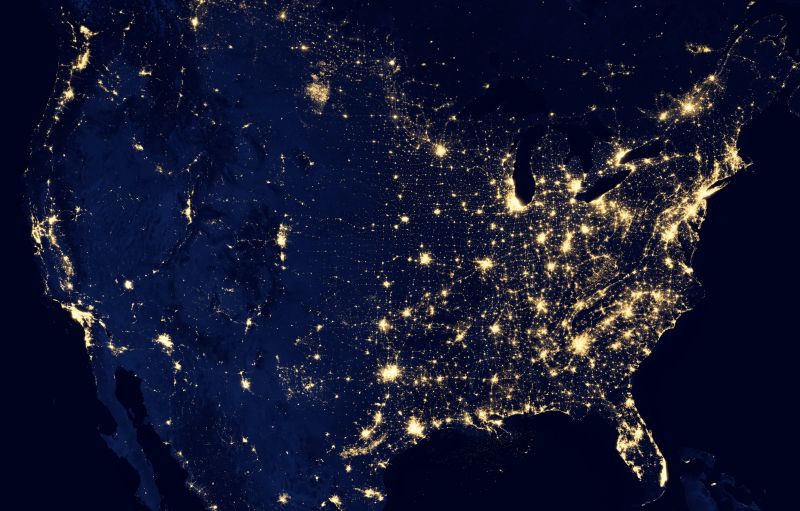 Just a few years ago, your home network might host a few phones, a computer, and maybe a tablet — but nowadays, home networks are hosting more and more devices, making router quality more critical than ever.

Now that we’re commonly using your wireless internet to stream from multiple different rooms and a multitude of devices, it’s increasingly important to select a router that can handle how you’re using it.

But… My ISP already provided a router.

Most internet service providers (ISP) supply you with a router coupled with a cable modem. You’ve always assumed since it connects to the internet, it’s as good as it gets, right? Wrong.

If you operate in a small, open facility, a router with a single antenna should easily pick up a few devices — anything above that, and you’ll notice performance issues. Many users resort to connecting their devices to ethernet cables because they think the problem is with the ISP, not their router.

If you’re using a router that’s outdated compared to the devices connected to the internet, you can more than likely take advantage of a wireless router upgrade.

Now that many of us have to work remotely during the pandemic lockdown, a shoddy router is even more apparent in our isolated spaces. If your employer hasn’t provided you with a router and other proper equipment to keep up with your daily tasks while working from home, you may notice a productivity loss.

Now that you know you can have faster, more reliable internet connections from an upgraded wireless router, let’s talk about the considerations you need to take when selecting the best wireless router for you.

The WiFi Standard and Outdated Versions of WiFi

WiFi is continually evolving, so routers and ISPs have to abide by a global standard to ensure devices can connect without issue.

That standard is known as 802.11, succeeded by the letters a, b, g, n, ac, and the new ax to designate the WiFi version. Although these versions are compatible with each other, connecting to an outdated version means your device will be capped at a slower connection speed.

From oldest to latest, here are the current versions of WiFi:

Although AX is the latest version currently available, N- and AC- devices are still relevant. However, because technology is continually updating, it’s essential to look towards the future when considering a router.

The latest evolution of WiFi is here. The latest devices will go the way of AX (WiFi 6), which has some significant benefits over WiFi 5:

As consumers move to connect even more performance-intensive devices to their WiFi connections, WiFi 6 will genuinely reign supreme. Capable of handling theoretical speeds of up to 9.6Gbps, WiFi 6 is better suited to handling large traffic crowds. 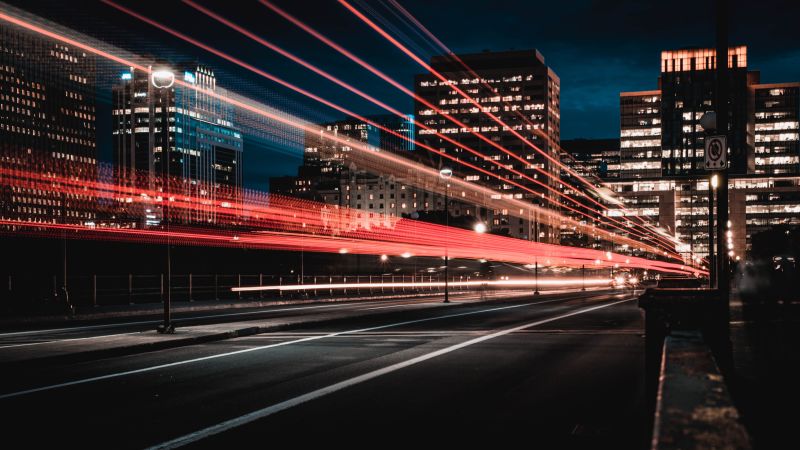 If you’re considering a wireless router update and don’t want to break the bank, it makes sense to consider an 802.11ac or WiFi 5 router. WiFi 5 routers are the second most up-to-date router and have significantly dropped in price on the heels of WiFi 6.

Wireless signals travel over bands (or WiFi radio signals), which are essentially roads that your data travels along.

Up until WiFi 4 (802.11n) was released, routers operated on a single 2.4GHz band. As a result, the 2.4GHz band was becoming crowded, essentially creating jammed up traffic, a rush-hour scenario, at high usage times.

Subsequently, WiFi 4 and beyond decided to add additional support for a 5GHz band to free up bandwidth. Not only adding another channel for data to travel on, but the 5GHz bands also operate at a much higher speed limit and are much wider than the narrow, low-frequency 2.4GHz band.

However, there are some drawbacks to the 5GHz band. Because it broadcasts at a higher frequency, its signal can more commonly lose strength due to obstacles like walls, furniture, and people.

However, modern routers equip beamforming, which sends WiFi signals in the exact direction of connected devices rather than just spraying a spherical-shaped signal around the router. Beamforming and higher speed limits make these 5GHz signals perfect for streaming high-definition videos, high-performance editing projects, and modern gaming.

Nowadays, devices that use only a 2.4GHz radio are single-band devices, while dual-band devices can use 2.4GHz and 5GHz signals.

Consider the top speed of your internet connection

For example, although companies may advertise a router as AC1200 or AX6000, that doesn’t mean it will broadcast a top speed of 1,200Mbps or 6,000Mbps, respectively — this number is a combination of signal speeds from both bands in a hypothetical “perfect” scenario. For dual-band routers, the number is a combination of connection speeds from both bands.

To put it simply, here is an explanation from WindowsCentral.com:

Although it may be tempting to buy the best possible WiFi 6 router, your router is only as good as your internet connection. So if you pay for a 50Mbps connection from your ISP, you can’t expect to get superior performance, in terms of speed, from an AC5000 or even AX6000 router.

In short, select a router that fits your ISP plan. 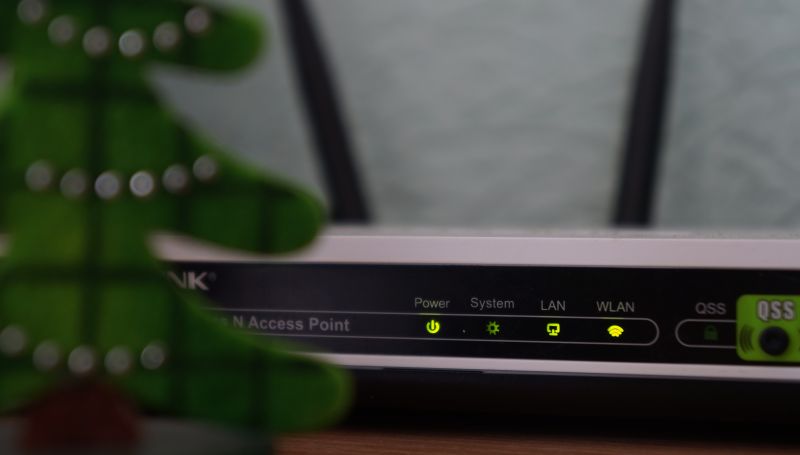 Consider how far the signal will need to travel

Do you need your wireless router to cover a large area? Then you might reconsider buying a single, large router. For scenarios like this, you might want to consider using a mesh router setup.

Unlike a standalone router, which uses a single device to provide WiFi coverage to a limited area — a Mesh WiFi router uses two or more connected devices to offer multiple sources of WiFi signals, all on the same seamless network.

Mesh, which has also been called Whole-Home WiFi, shouldn’t be confused with a range extender. Range extenders can extend the range of a WiFi signal, but at the expense of cutting your WiFi performance in half.

That’s why we recommend considering a Mesh WiFi Setup for extensive facilities.

When you thought selecting the right router couldn’t get any more complicated, let’s talk about MU-MIMO. MU-MIMO stands for multi-user, multi-input, multi-output.

Routers with MU-MIMO differ from traditional routers, which offer single-user, multiple-input, multiple-output (SU-MIMO) because instead of delivering data to one device at a time on a rotating basis, MU-MIMO allows for simultaneous data delivery to multiple devices.

SU-MIMO can work for most purposes since the rotating delivery commonly happens so quickly you don’t notice. However, if it’s necessary to stream, game, or perform bandwidth-intensive tasks from multiple devices simultaneously — MU-MIMO is the only way to go.

Are software and security features important?

Does your tech department need to be in complete control of everything that goes through your router? If so, you’ll want to choose a router with:

However, if you’re merely looking to shield inappropriate information from specific users, choosing a router with advanced parental controls can be sufficient as long as it offers any additional features you may require that we’ve discussed above.

Which router is best for me?

Summing it all up, the best routers available on the market today are AX WiFi 6 if you’re paying for a high-speed connection from your ISP. If you’re paying the extra money for fast internet speed, you want to invest in an AC (WiFi 5) router at the very least.

If you aren’t spending big bucks on your connection or needing to broadcast a wide signal to multiple devices, the dirt-cheap N (WiFi 4) router could very well be suitable for a small location with few connections.

Plan accordingly around the size of your space. Although high-end routers can broadcast their signal over a large chunk of real estate, you’ll need to invest in a mesh WiFi system if you need internet in the corner of the basement or the top floor.

Planning for the future is essential: investing in two 5GHz bands isn’t a bad idea, especially if you’re considering upgrading your ISP Internet plan in the future.

Do you like to tweak with the settings or plug and play? Select the router that has the features that fit you, keeping security in mind.