The Windows 11 update is available now, should you upgrade?

After Microsoft announced in 2015 that Windows 10 would be the operating system’s last version number, many thought there would never be a Windows 11. However, new competition from Chrome OS in combination with the pandemic has likely made the case for a significant operating system upgrade. After all, the featured updates for Windows 10 in the last 6 years have left a lot to be desired. So, a major overhaul to the world’s most popular desktop operating system is welcoming news – and Windows users finally have something to get excited about.

With the latest Windows operating system finally here, we’ve seen the biggest update in Microsoft’s operating system in more than half a decade. Windows 11 will give your computer a fresh new look, new ways to multitask and chat with friends, as well as a few performance enhancements — but is it worth upgrading now? If you’re wondering whether to download Windows 11 now or hold off until the bugs are fixed — we’ll show you some pros and cons to help you decide. 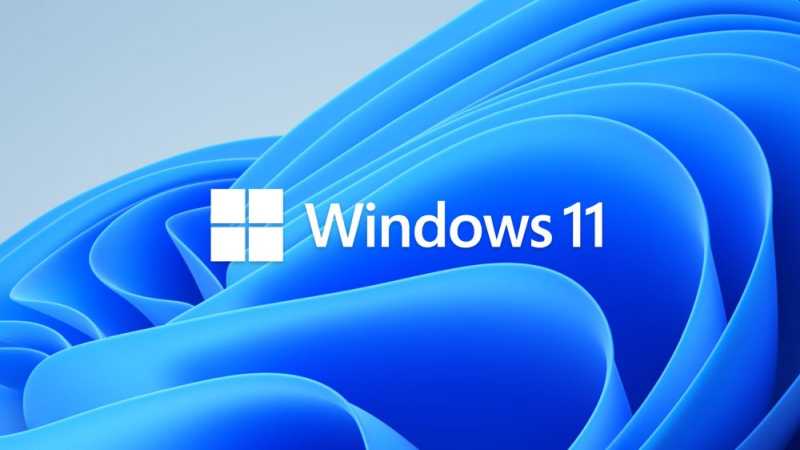 How to get Windows 11

Are you already ready to upgrade to Windows 11 before reading our pros and cons? If you are reading this article to find out how to upgrade, first perform a PC health check on Microsoft’s Windows 11 page to check if your computer is compatible with Windows 11.

If you are running a custom-built desktop, we particularly recommend running the health check mentioned above, as Windows 11 requires a specific security module that those with custom-built PCs may be lacking — TPM 2.0. However, there is an alternative if you’re looking to easily bypass Windows 11’s TPM 2.0 requirements – published by Microsoft themselves which contains several easy workarounds.

If you already performed the compatibility check mentioned above, your Windows laptop or desktop should be good to upgrade.

Are you having trouble upgrading to Windows 11? Contact Computer Service Now for assistance. We’ll make sure your device is compatible with Windows 11. If your device isn’t compatible, we may be able to bypass Windows 11’s TPM 2.0 requirements. If that still doesn’t work, we will advise you on how to proceed. Contact us today for Windows 10 and Windows 11 support – call 513-422-1907 or visit our Contact Page.

When is Microsoft ending support for Windows 10?

If you aren’t ready to upgrade from Windows 10, don’t worry – support for Windows 10 won’t officially end until October 14, 2025. You’ll have just under 4 years until Microsoft will no longer provide security patches or feature updates for the Home, Pro, Enterprise, Pro Education, and Pro for Workstations editions of Windows 10 operating system. However, in October of 2025 virtually all Windows 10 users will be affected (other than the Windows 10 Enterprise Long Term Support Channel users who have until 2029).

This news shouldn’t come as a shock, as Microsoft has a long-established Fixed Lifestyle Policy for many of its products. For each new version of Microsoft’s operating system, Microsoft offers 10 years of support, which includes: at least five years of mainstream support like security updates and no-charge incident support, followed by five years of extended support like paid troubleshooting.

Do I have to upgrade to Windows 11?

If you’re still running Windows 10 in 2025 when support ends, will you have to upgrade to Windows 11? The short answer is no – there are many users who are still running Windows 7 or 8 on their computers with no issues. However, it is highly recommended that you use the most up-to-date software available in order to receive security updates from Microsoft. Without these security updates, your PC could be at risk for malware and other vulnerabilities that could expose you to hacks, viruses, and more.

How much does it cost to upgrade to Windows 11?

Pros of Upgrading to Windows 11

Although aesthetics aren’t everything, your computer could receive a much-needed fresh coat of paint by upgrading to Windows 11. Microsoft’s latest operating system gives your desktop a new design that is not only more colorful and cleaner to use but also remains familiar enough for Windows 10 users to easily jump right in without frustration or requiring tutorials.

The first thing we noticed was Windows’ new Taskbar — which now sits at the bottom center of your screen and sports a minimalistic approach akin to MacBooks and Chromebooks. Although the Taskbar has been given a new paint job, it functions almost exactly the same.

If you tap the Windows key, you’ll be brought to a revamped Start menu — with large app icons front and center and app recommendations by Windows based on your recent downloads. Although there are now both Start and Search icons on the newly-centered Taskbar, they are a bit redundant as they function similarly when searching for recent apps and files.

If you like changing the look of your home screen with different colors and modes, you’ll probably be interested in Microsoft’s six new preset themes which come free with Windows 11. These themes give you the option of using bold colors, beautiful background imagery, or light and dark modes to help personalize the look of your computer. Don’t worry, if default themes aren’t your thing, you’ll still be able to customize everything from your desktop background to accent colors — or even mix light and dark modes for different applications.

Were you bored with the majority of your files being contained in bland manila folders? If that’s the case, you may appreciate some smaller visual upgrades Microsoft has made to folders like Music, Videos, and Pictures. Instead of these manila envelopes, these folders now come in various customizable colors.

We mentioned a similarity to Mac’s operating system with the taskbar, but the similarities don’t stop there. Windows now features a control panel for quickly adjusting Wi-Fi or Bluetooth settings, taking another page out of Apple’s playbook.

Although Windows 10 was great for multitasking, Windows 11 seems to have capitalized on any issues with snapping Windows to different corners of the screen. With the new Snap Layouts, you can hover over a window and choose between a number of layouts that include splitting the screen between two apps or creating a four-way grid for larger displays. Certain apps like Spotify and Discord currently don’t quite snap into place perfectly, but developers have been given the option to optimize their apps for Snap Layouts, so we should see fewer issues over time.

Borrowing from Apple, you can now create multiple virtual desktops on your Windows 11 computer – each desktop with its own set of open applications. This is great in particular for those who use their computer to complete daily tasks at work during the day but also use their laptop at night for entertainment. You can even create a different background and name for each desktop to clearly distinguish them from one another. Now you’ll be able to switch your dedicated work desktop to your gaming or entertainment space with just the click of a button.

Although Windows has a brand new look and a handful of great new features, some of the smaller touches are what really make this operating system worth the upgrade. For example, now whenever the microphone is being used, you’ll notice a small icon at the bottom of your screen — a handy privacy tool that brings Windows up to par with some of Apple’s software features.

Cons of upgrading to Windows 11

If you’re already excited about having a new operating system with a fresh coat of paint and fun new features, most of these cons won’t be enough to dissuade you from upgrading – but it’s worth mentioning that Microsoft still has some issues to iron out.

Windows 11 now features a Widgets app, which is essentially an updated version of Windows 10’s newsfeed. This application allows you to check the weather, see the latest sports scores, read the news, and glance at stocks. However, with the lack of flexibility and availability of only 11 widgets — the Widgets app in its current state leaves much to be desired. Although it’s likely more widgets will roll out over time, potentially from third-party apps like Spotify, the feature seems pretty unremarkable in its current layout.

Windows 11 now integrates Microsoft Teams directly into the Taskbar – meant to let you seamlessly text or video call friends like you would on a Mac. However, the integration isn’t quite as nice as Apple’s version and you still have to convince your friends, family, or colleagues to download and actually use Microsoft Teams for this new feature to be worth anything to you.

As it is now, Android users are more likely to download the Your Phone app to make calls from their Windows PC. On top of that, Windows (and Android) users will soon be able to join Apple’s FaceTime calls with a new feature announced by Apple – minimizing the divide between Android/Windows and Apple users, but making Microsoft Teams further obsolete.

Bottom Line — Should you upgrade?

Although upgrading to Windows 11 comes with a lot of nice features and a fresh new look, the upgrade isn’t essential right now. So if your PC isn’t compatible or you don’t want to spend time and frustration upgrading and setting up your new Windows 11 desktop, the average user may not be missing much.

However, if you’re the type of person that juggles multiple projects at once, you may really appreciate the ability to create multiple virtual desktops – and enjoy the small tweaks Microsoft has made with Snap Layouts. For the heavy-duty multitasker, Windows 11 can really perform well. Additionally, if you’re younger or not very tech-savvy, the Windows 11 update could provide some relief from the clutter of Windows 10 as things are slightly more streamlined.

When all is said and done, Windows 11 isn’t really reinventing the wheel – they’re refreshing an already-decent operating system that everyone who uses a Windows PC is already used to. Luckily for you, the upgrade is free.

Computer Service Now has been in business for over three decades providing service to our clients around the Southwest, Ohio region. We also provide remote support, which could be perfect for helping with quick fixes involved with upgrading to Windows 11.

Do you have questions or need assistance installing Windows’ latest operating system? Contact us today for help from an experienced computer technician, call 513-422-1907. Need more help? Learn about the rest of our services: https://www.computerservicenow.com/services