WARNING: Your Computer Could Be Held For Ransom! 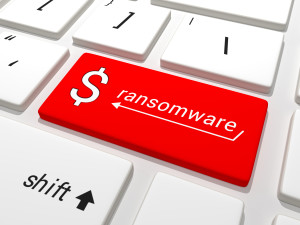 There are a lot of malicious viruses and malware types out there that can severely harm your computer but the latest one is particularly nasty. Known as Ransomware, this specific brand of malware is being used by underground criminals as a way of scoring some quick cash out of the pockets of innocent victims.

So What Exactly Is Ransomware?

There has been a huge push recently from antivirus vendors and computer security professionals against malware and, as a result, hackers have been devising more and more ways of getting the money they need to fund their illicit activities.

To combat antivirus and computer security professionals, hackers have come up with different ransomware viruses, the earliest of which is known as Cryptolocker and hit the internet around the end of 2013. In fact, Cryptolocker was so malicious that the world hardly had time to actually figure out what it was and how to stop it.

In no time at all users from all over the world were sending in reports of a new, unknown style of malware was locking down their hard drives and demanding a large sum of money in order to return control of a user’s highly valued files and folders. 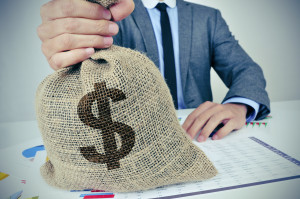 Since it was so unknown, ransomware was able to infect tens of thousands of computers in less than a week. The malware spread like most, via botnets, and infected users through your standard phishing links that were embedded in things like email attachments and sketchy downloads.

To make matters worse, there was nothing users could do to get rid of the malware. System resets, installing new hard drives, and even flashing the BIOS were all in vain as the only thing the users would see was the flyer from the hacker demanding the ransom.

This was exacerbated when reports started coming in of the hackers making good on their promise to remove the malware once the ransom was paid. This caused many confused and desperate users to simply fork over the money instead of looking for a way around it, causing the ransomware to become even more popular among hackers with ransoms would ranging anywhere from $25 to $600. 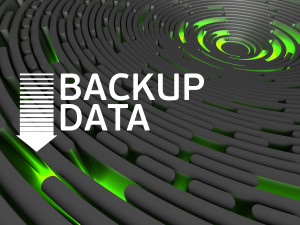 There are two ways to make sure that you don’t become a victim of ransomware. The first is to wait and see if you actually get infected by it. If you do then you have to hope that one of the major antivirus vendors has created a cure for your particular infection.

Gone are the days of the unstoppable ransomware. The threat we have today is much more manageable and most of the top antivirus companies have fixes that you can download onto a USB and plug into your infected computer and fix it.

The second method is by far the better of the two and the most simple. Back up everything on your computer. Literally everything. When you break it down, ransomware is exploiting the unwillingness of people to back up their data and files onto a separate hard drive that is totally disconnected from their computer.

If you don’t have copies of your data then it becomes very easy for them to be held for ransom. The hackers then expect you to pay because they know this is the only version of that data you have. Backing up your data every single day almost completely removes the threat of ransomware. Sure you may still get it but you can simply swap out the infected hard drive for your backup drive.

So What Have We Learned?

The initial catastrophe that was ransomware has subsided though the malware is still most definitely a threat. But we’ve learned. We’ve adapted. We’ve discovered how the hackers work and we’ve bypassed their systems and we’ve figured out ways of beating ransomware without paying the ransom.

If your computer is experiencing ransomware or any kind of malware or virus for that matter, and you need it fixed then you should contact us at ComputerServiceNow! Let one of our techs take your PC through all the steps of virus and malware removal, troubleshooting, tune-ups, and repairs. Call Scott today at 513-422-1907 x228, send us an email at sales@computerservicenow.com or click here to go to our website and tell us exactly what you need!

Check out this video for some more information on ransomware!

Sharing this story on social media? Use these hashtags! #Ransomware #Malware #Computer #Virus